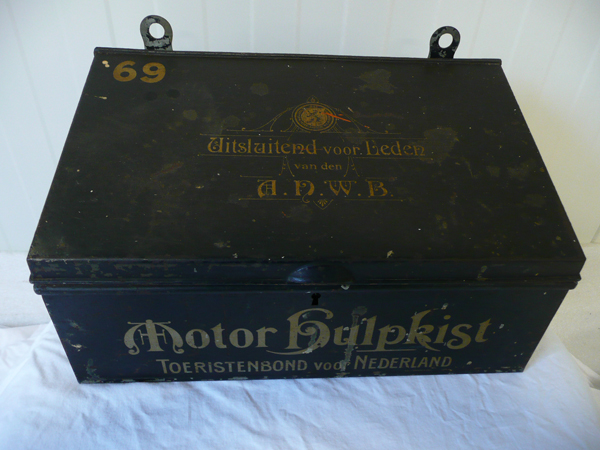 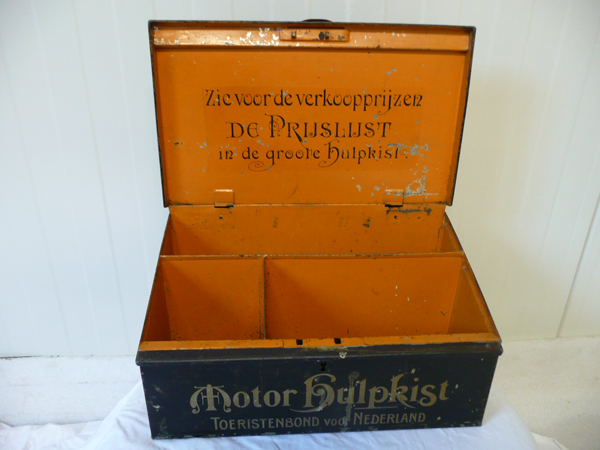 The Royal Dutch Touring Club placed the first aid kit in 1898 at Hotel De Zwaan in Oirschot. At the pictures you see an example of an aid kit. Next to this kit another kit was placed, containing bandages. At the locations where the kits were placed, bicycle pumps were present as well, with the label 'only for members of the Touring Club'. At the end of 1898 329 aid kits were placed. In 1910 around the 1000 aid kits were placed. After 1910 the amount of kits decreased because of the increased quality of bicycle mechanics and motorbike mechanics. The kit on the picture is completely original and is imprinted with number 69. This kit contained at least motor oil, sparkplug wrenches and backup sparkplugs.